Fraunhofer IZI’s “Molecular Drug Biochemistry and Therapy Development” (MWT) project group was set up in October 2013 to explore and develop new molecular strategies for the treatment of neurodegenerative and inflammatory diseases. Over the course of its five-year start-up phase, the group has become a fully-fledged part of the research market and has positioned itself well for the future. Following its evaluation on 10 April 2018, and after a unanimous vote taken by the evaluation committee on 30 November 2018, the off-site department in Halle (Saale) has been included in the regular federal and state financing received by the Fraunhofer-Gesellschaft, safeguarding its future from 1 January 2019.

The Fraunhofer IZI's off-site department focuses its work on disease-relevant post-translational modifications that trigger the misfolding of proteins and their aggregation and lead to disorders such as Alzheimer's, Parkinson's and Multiple Sclerosis. Its methodological competences in this field cover a vast spectrum of activities associated with early drug development, from identifying and characterizing target proteins to presenting initial drug candidates right over to testing substances in the animal model. The group thus complements Fraunhofer’s research portfolio with expertise in pharmacological and pharmaceutical development.

Today, the IZI department located at the Bio-Centre in Halle has close ties within the economic and science landscape in and beyond the local region and works with a number of academic and industrial partners in project initiatives such as the Chemical and Biosystems Engineering Center and the Federal Ministry of Education and Research “Innovative Hochschule” tender, which focuses on higher education innovation. Its involvement in several EU consortia and projects all across Germany testifies to the national visibility of the Halle-based researchers’ range of capabilities.

“Research forms the basis of advancement and innovation. This is why the State Government of Saxony-Anhalt has lent the project group in Halle a significant amount of support since 2013. The aim at the time was to strengthen the scientifically challenging field of drug discovery in Saxony-Anhalt and to transfer the results into commercial applications. This goal has been achieved,” summed up Professor Armin Willingmann, Minister for Economy, Science and Digitalisation for the State of Saxony-Anhalt. The start-up phase was awarded a total of 16.2 million euros in funding from the Land of Saxony-Anhalt.

“We are pleased that the group is here to stay and are of course quite proud of what we have achieved. I would like to thank the State Government of Saxony-Anhalt, Professor Frank Emmrich, who supported this project from day one, and last but not least all the members of staff who have spent the past few years working so tirelessly to achieve this goal,” said Professor Hans-Ulrich Demuth, Head and Initiator of the Project Group.

The now 39-strong team has an impressive track record. A total of 29 projects have been processed over the past five years and more than 5 million euros obtained in third-party funding. This has given rise to 47 publications and 11 patent applications. The team has also been busy training the scientists of tomorrow: so far, 170 young scientists and interns have been supervised and 46 graduations accompanied (9 bachelor, 26 master, 6 diploma and 5 doctoral theses), not to mention the 55 teaching events held at Halle and Leipzig Universities and Anhalt University of Applied Sciences. In March 2018, the off-site department was also certified as a test site and now forms part of the institute's GLP test facility.

Upcoming goals include completing the methodological spectrum to facilitate the comprehensive characterization of small molecules and biological drugs at the institute. This involves, among other things, setting up a unit to analyze the structure of target proteins. This will be accompanied by the further expansion of a junior researcher group created in September 2018 to investigate protein misfolding diseases, the joint appointment of a junior professorship at the Faculty of Medicine at Martin Luther University of Halle-Wittenberg, and a joint appointment together with Anhalt University of Applied Sciences to set up a shared screening laboratory. 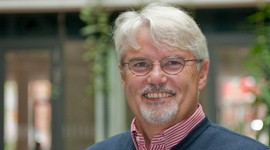