A preclinical study led at the Fraunhofer Institute for Cell Therapy and Immunology IZI demonstrated that activation of the aryl hydrocarbon receptor (AhR) induced by the air pollutant benzo(a)pyrene influences the immune response during systemic bacterial infection.

The air pollutant benzo(a)pyrene (BaP) is formed during the incomplete combustion of organic material such as wood or coal. Absorbed through the air we breathe, this polycyclic aromatic hydrocarbon (PAH) has a carcinogenic effect. Stoves and fireplaces in households in particular are considered to be the biggest polluters, but BaP is also emitted in road traffic through the combustion of fuels. Similarly, BaP can be emitted during barbecuing over charcoal and can be present in plastic products. The risk of cigarette smoke causing lung cancer is attributed in large part to BaP.

However, BaP has another effect. By binding to AhR, which is expressed in many immune cells, it can influence immune response and thus the course of acute and chronic inflammation. AhR activation via endogenous AhR ligands or those from the diet is essential for maintaining the fragile balance between inflammatory and anti-inflammatory mechanisms at epithelial barriers, such as the intestinal wall. The team led by Dr. Jörg Lehmann, Head of the Preclinical Development and Validation Department at Fraunhofer IZI, investigated the effects of AhR activation by lower BaP concentrations, which are no longer carcinogenic in animal models, on the immune response against bacterial pathogens. For this purpose, the Leipzig researchers worked with a mouse model for a systemic infection with Salmonella enterica that leads to a septic course.

In their studies, the researchers were able to show that activation of AhR by BaP can attenuate or limit acute inflammatory reactions and thus prevent a septic course. However, these positive aspects are also countered by negative effects. AhR activation by BaP prevented complete eradication of invading pathogens by attenuating important cellular immune mechanisms, which may lead to chronic infection or even chronic inflammatory disease.

The study was co-funded by the German Federal Institute for Risk Assessment (BfR), (grant number FK 3-1329-432/SFP 1329-519), and the Fraunhofer Cluster of Excellence Immune-Mediated Diseases CIMD. 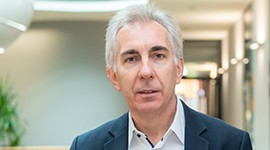