Preclinical trials are underway to investigate a combination painkiller as part of a joint project funded by the German Federal Ministry of Education and Research. The project aims to minimize safety risks before the drug is used for the first time in patients. The preparation combines an opiate with a dendritic nanotransport molecule (nanocarrier). Preclinical investigations are being carried out under GLP conditions into the safety of the drug using appropriate animal models (small animal model, large animal model) at Fraunhofer IZI. Together with the investigational drug’s manufacture under GMP conditions by the company DendroPharm, the prerequisites are met for the developed drug to then be investigated in a phase I clinical trial at the Fraunhofer Institute for Toxicology and Experimental Medicine. The safety and tolerability of the drug will also be tested on healthy human subjects in single and multiple ascending doses. This marks a further step towards the market maturity of a potential, new pain medication.

In the framework of a project funded by the Saxon Development Bank (Sächsische AufbauBank (SAB)), a pre-clinical study is being carried out using a small animal model (NSG mouse) in order to examine the safety of a cell transplant for treating cartilage defects. The test item comprises mesenchymal stroma cells from umbilical cord tissue expanded in a GMP process in combination with a collagen matrix. The safety studies comprise examinations regarding the bio-distribution with the help of PCR analyses and tumorigenicity with the help of immunohistochemical methods.

As a result, this project is creating the fundamental preconditions for the subsequent national approval, as well as further clinical examinations of the cell therapy medicinal product.

The development of new cell-based cancer therapeutics requires new pre-clinical strategies to ensure the safety of these products. The safety assessment of the ROR1 CAR-T cell therapy is to be effected with the help of the two different tumour models of mantle cell lymphoma, a malignant B lymphocyte disorder and triple-negative breast cancer (TNBC) in NSG mice. These examinations are to provide findings on the possible on-target/on-tumour, on-target/off-tumour and off-target/off-tumour toxicity. The on-target/on-tumour side effects include the cytokine-release syndrome and the tumour lysis syndrome.

In two pre-clinical study arms, the systemic toxicity of the therapeutic vaccines, on the one hand, and the immuno-toxicity, on the other, are assessed in the relevant disease model in mice. This is to be used to examine potential toxic side-effects of the individual vaccine components (HBV peptides, adjuvants, MVA vector) in the event of a repeated maximum dose under an established vaccination schedule, with the help of histopathological, haematological and clinical-chemical analyses. The relevant murine disease model (which imitates chronic hepatitis) is aimed at evaluating immunotoxic effects, on the one hand, and to confirm the effectiveness of the vaccines, on the other.

Since this novel product is a medical product of risk class III, preclinical and clinical examinations have to be carried out under the German medical products law in order to ensure its biological safety.

These safety checks were carried out at the GKP testing facility of the Fraunhofer IZI based on DIN EN ISO 10993. During these examinations, reduction studies were carried out in order to characterise the individual degradation products of the resorbable implant. Furthermore, according to DIN EN ISO 10993-5, the cytotoxic potential of the framework structure was examined in vitro. Systemic toxicity and the local effects after implantation were evaluated in the mouse, using histopathological, haematological and clinical-chemical analyses. In addition to safety, the implantation strategy is also established in Göttingen minipigs under GLP-analogue conditions in order to guarantee the functionality and, ultimately, a low-complication rate application in patients.

The development of novel therapies, such as the somatic cell therapy or the transplantation of tissues generated from stem cells, requires new preclinical strategies as to the safety of these products. Conventional efficacy and safety studies, e.g. for biopharmaceuticals, are not suitable for these cell-based products (cell-based advanced therapy medicinal products; ATMPs). The application of cell-based ATMPs thus requires clearly defined safety studies under GLP (Good Laboratory Practice) conditions that are in line with regulatory requirements of the national and european authorities. Here, the interest mainly focusses on biodistribution, i.e. distribution of the applied cell-based ATMPs within the tissue, as well as tumorigenicity, i.e. the propensity of the applied cells to undergo transformation, and thus have to be appropriately addressed in preclinical studies. The aim of this project is the realization of preclinical efficacy and safety studies for a cartilage therapy on the basis of mesenchymal stem cells (MSC). For this ATMP, MSC are isolated in an out-patient bone marrow aspiration and further treated for the production of a patient-specific cartilage therapy (MSC-based Matrix-associated Autologous Chondrocyte Transplantation; MSC-MACT). In the preclinical GLP studies, both the biodistribution and tumorigenic potential of the human MSC-MACT are tested in immunodeficient mice. Due to the immunodeficiency of the animals, the implanted human cells are tolerated without graft rejection, and the migration and/or transformation of the human cells can be analyzed. For an optimal function of the ATMPs, the MSC should remain at the site of implantation and not migrate into the surrounding tissue. Thus, the experimental "biodistribution" part clarifies whether cells migrate from the site of implantation and where they settle in the case of migration. This simultaneously identifies potential sites of tumorigenesis that can arise from implanted cells. In the subsequent experimental part, tumorigenicity of the MSC from the implanted ATMP is tested. The non-clinical safety studies for MSC-MACT are an important regulatory building block on the way to a clinical application, which may significantly reduce the risks of a therapy with MSC-MACT for patients with cartilage defects. 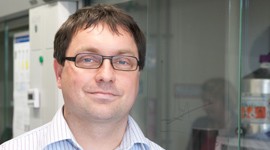 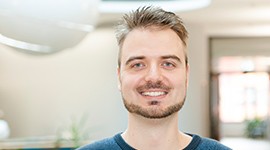