On 18 July, two algae from the CCCryo Biobank, kept by the Fraunhofer Institute for Cell Therapy and Immunology at the Potsdam-Golm site, returned from their almost two-year mission at the International Space Station (ISS). They form part of an illustrious "tour group" of archaebacteria, algae, lichens, mosses and fungi that spent most of their mission on the outside of the ISS and now hope to reveal whether, and how well, they survived their stay.

In July 2014 it was lift-off for a whole array of organisms as part of the BIOMEX (Biology and Mars Experiment) project, coordinated by the German Aerospace Center (DLR) under the direction of Dr Jean-Pierre de Vera. The project aimed to find out whether and how the organisms were able to survive the conditions of space on the ISS. Dr Thomas Leya from Fraunhofer IZI's Bioanalytics and Bioprocesses branch in Potsdam-Golm selected two isolates from the institute's CCCryo culture collection to be part of the project. These two strains were the cyanobacteria Nostoc sp. from the Antarctic, and the green alga Sphaerocystis sp. from Spitsbergen. The Extremophile Research & Biobank CCCryo Unit, headed up by Dr Thomas Leya, has spent many years researching the adaptation strategies of cryophilic (cold-loving) algae.

"In their natural habitat on earth, these organisms have adapted themselves remarkably well to the extreme environmental conditions of the polar regions (cold, aridity, at times total darkness in winter or 24 hours of light in summer). We already knew that they were able to withstand dehydration, heat of up to +60°C, cold as low as -25°C and even a certain level of UV radiation following simulation experiments conducted at the DLR in Berlin and Cologne prior to the space mission," said Dr Leya. Based on these initial tests, it was suspected that the organisms could survive even more extreme conditions, for example those found in a low earth orbit, or even in outer space. Besides addressing these kinds of fundamental scientific questions in the BIOMEX project, the scientists also hope to be able to develop new products for industry using the extremophilic organisms, with special attention being paid to the cosmetic and food industries.

The two CCCryo organisms have now returned to earth from the ISS' low earth orbit in a Soyuz capsule. They were exposed to the harsh conditions of space, together with the test organisms from other international cooperation partners, in specially developed mounts that were attached to the outside of the ISS (see photo). Over the next few months, various methods will be used to investigate whether the organisms survived the conditions of the low earth orbit, whether there have been any mutations in the genome and, if so, what these mutations were. 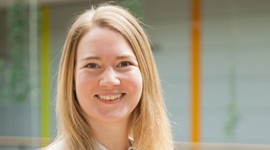